In 1976, Balvinder Kaur and Balwant Singh renounced their plush and entitled lives in thriving urban locale of Chandigarh, pledging to a responsibility which would become a course of change and the instigator of an edified rural community. Setting up a school of thoughts and a coterie of learners in an area where the mere necessities to sustain lives were meager, sounded preposterous to many. Undaunted by turbulent changes, they managed to conjure into reality what seemed like a fictitious tale.

Built-in 1977, Doaba public school is located in a remote village in Punjab, India. It schools over 2500 students from around 100 neighboring villages, the farthest being 50km. The school, to its humble beginning, kept expanding but encountered an emotional setback in 1995 after the sudden demise of  Sardar Balwant Singh. He was an outstanding educator, who devoted 18 years of his life enriching the community of Parowal. His legacy continued as the family chose to invest his insurance money to purchase its first school-bus. To date, the primary mode of transportation for these students and teachers has been through a school bus.

Giving timelessness to one of the first busses the school employed, the brief was about adaptive-reuse of a 20 year old school bus which has ended its permitted life as a vehicle and was destined to undergo mandatory disposal. The key idea was to make its stakeholders indulge in a dialogue through-and-with the innate object.

The bavilion becomes a space that is an object-conversi, a fetish between the old and the new, facilitating an informal environment where teachers and student indulge themselves in subjective conversations. These encounters will hopefully not be limited to their own social groups but rather expand to build relationships outside the classroom.

It is this dialogue happening between the living stakeholders (parents, teachers, and students) and the non-living timeless entities, the bus itself, that changes the very nature of a conversation in the playground. In the end, It is an astute nature of the space that the bus finds its new meaning when students and teachers start discovering their own milieu.

Located in 257sqm segment of a larger playground, the design is an interjection of solid (the bus), the voids (the

O.A.T.) and a neither-nor zone, a triangular prismatic volume. The prism is designed with MS steel tubes asymmetric in their composition. Playing on the curiosity of the kids and adults alike, it invites them to climb up and down the steps going all the way to the bus-top. The roof thrives to capture the imagination of the people through views of the growing fields, the smell of freshly cut stock, and its eventual demise.

The bus invites you inside from the rear end through a platform. A series of the display mounted on multi-faceted white panels gives an ode to the history of the school since 1976. The inside space is designed to draw you to the front of the bus-building where some key elements like the steering wheel and the driver seat act as a palimpsest and is kept unadulterated. As an anchor for the past, driver’s seat dressed in a monumental attire triggers a memory lane.

The bus rests as an integral part of the learning environment, outliving its usefulness. As a play-area, an OAT, a gallery or a symbol, the bus-building sutures people of different age groups while encouraging the values that the school holds in regards to up-cycling. 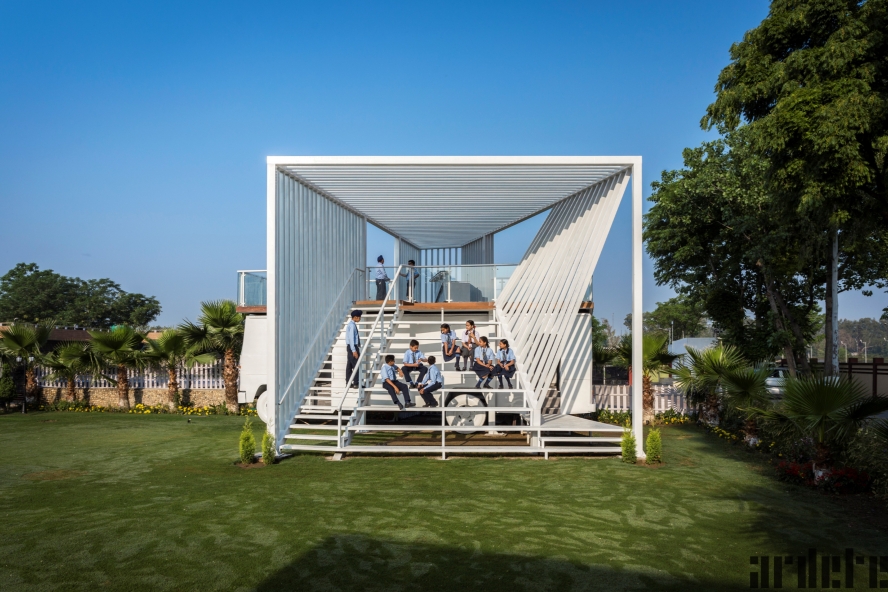 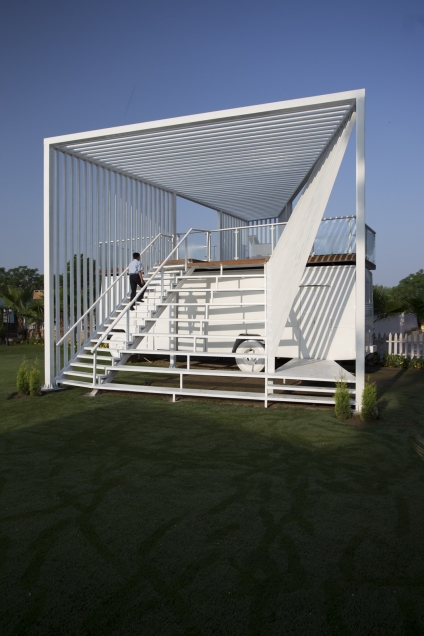 The bond shared by the school bus and the school has thus found a new meaning. After serving more than 8000 school trips and taking on the responsibility of a million student’s transfers, it finally rests as an integral part of the school. A play area, an open air theater, a gallery and above all a symbol that inculcates the importance of reuse and up-cycling in the students so their vision for tomorrow can be driven towards a sustainable future. 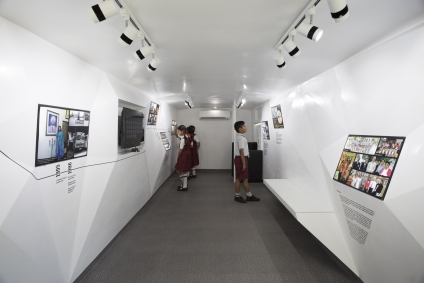 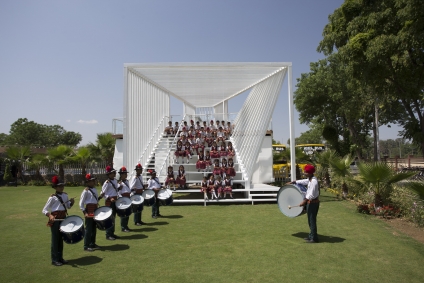 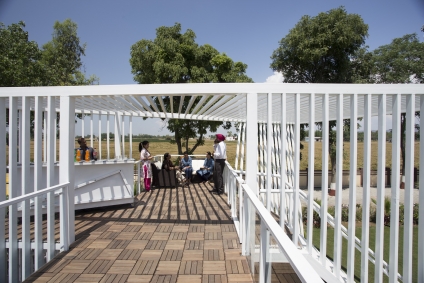 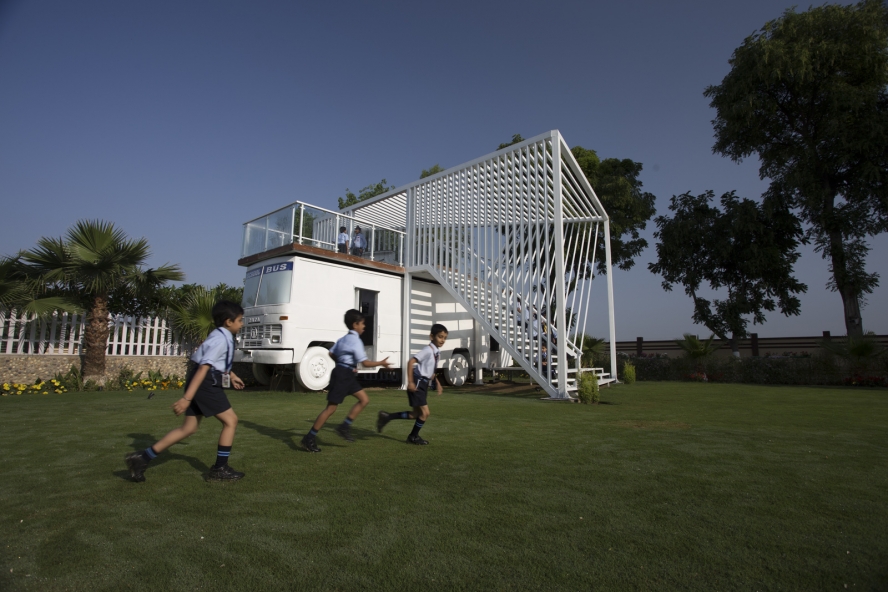