Nestled in a thriving industrial town of Mohali, ‘Brick by Brick is an endeavor to bring artwork and poetry together  literally pieced brick by brick’. It’s an office building primarily purposed for leasing out to different tenants to be used as per their requirement. The interior layout has been left subject to the creativity and functional needs of the user.

The local bye laws mandate set back in front and rear which left little to no scope for staggering of peripheral spaces so as to achieve a natural massing. Also, the project requisite demanded full use of floor space on each level to maximize saleable area. Consequently the front bland facade was intended to be treated as an art installation to enhance its visual appeal.

The region experiences subtropical climatic conditions with constant winds that take dust into the buildings. Owing to the above mentioned facts, it was imperative to put non permeable yet visually accessible partitions inside fenestrations; hence the glazed front facade. The sliding doors take care of natural lighting while keeping the dust from coming in.

The composite nature of the weather conditions of the region make the sun unbearable during summer. This made it prudent to block the north-western harsh sun’s radiations in a manner that could also contribute to enhancing the facade. The  vertical fins and brick jali on the front together with planters on the parapet wall, help moderate the microclimate to some extent and keep the south sun out.

The vertical fins become seats for hanging bricks as screens.  Where regular brick masonry with punctures and protrusions could have made for a decent jaali that served its purpose well, we intentionally went on to propose a screen that projected out from the building line to make way for a clear three feet wide space for balconies that could be used as spill out spaces for the offices on each level, and which also did not eat up carpet area.

The entire facade is sliced into segments; ones that are screened with a jaali and ones that have punctures in the elevation which become lookout balconies free from any form of visual obstruction. The huge RCC elements that rise up monolithically act as vertical fins on parts of the balcony which are not screened. The sheer width of the fins act as a double wall which protects parts of the built envelope from heat gain. 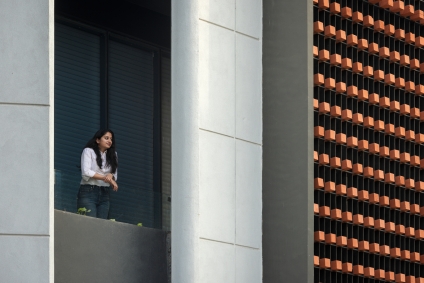 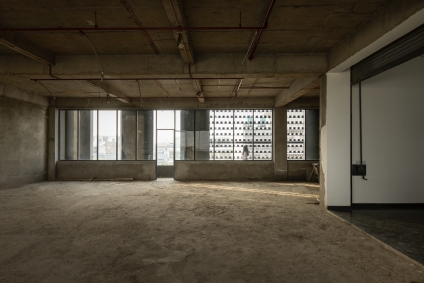 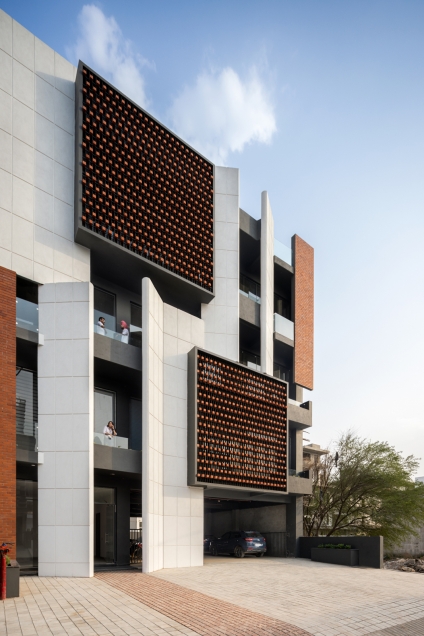 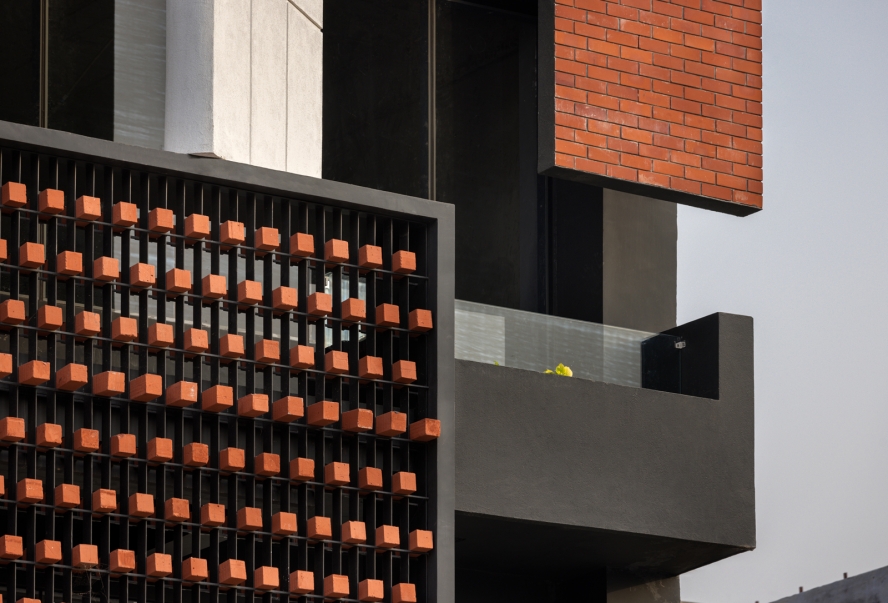 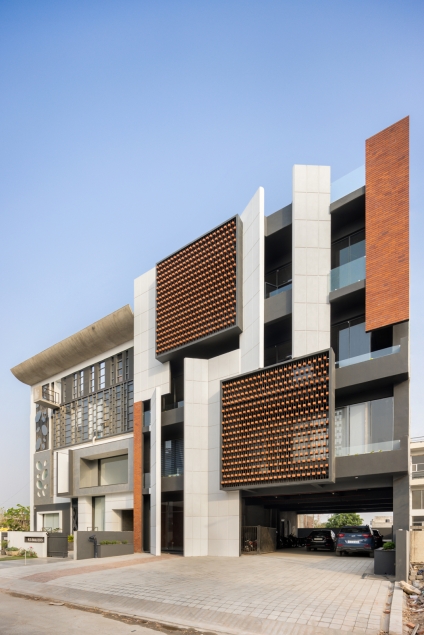 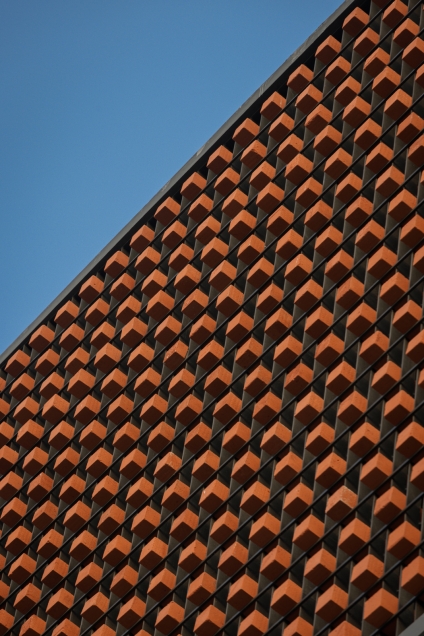