Exploring the urbanity of the tri-city through an interesting amalgamation, BOSTON BITES is an urban café in Mohali, Punjab which delves into a notion of sensuality through an appropriation of space and context. The industrialized aesthetic magnifies the volumetric tonality. The details are exposed to the fore-front which radiates an over-arching exposition- a symbiosis of space and story which becomes an alluring supposition of the construct. This eliminates the sole physical aspects of a space which now becomes a subtle presence.

The perspective with which aesthetics are realized is as important as the concept driving the schematics to propose an ardent foreground that transcends through the spatiality. Beginning from the hustle, orphic interactions and the pedestrian nature of the city- Boston is unique due to its collective inheritance. Boston Bites is an attempt to manifest this essence through an architectural vocabulary. Therefore the project is a rendition of the streetscape of Boston and its cultural significance. It utilizes different moods to form a coherent structure. Different elements such as the newspaper clippings in the form of seats, metal fabrications as enclosure suit to different frames of mind. These fractions create a whole of a spirit in conjunction. The floor patterns with vinyl tape marking forms astute imagery of the city, the walkways, zebra crossings, etc. which flows through the space guiding and maneuvering the movements to create an abstraction of an extroverted landscape. Mirrors along with the staircase increase an overall depth of the volume and represent the chaos of the street.

The modulation of space involves careful consideration of constituents as they become the first expression of a volume which in turn defines the underlying ideology. The café seems like a natural extension of the external environment- the roads, pathways, etc. which turns out to be an intuitive invitation. Boston Bites becomes a transparent notion of sorts, a subliminal visual presence but far from any physical hindrance. This modulation can be seen with respect to both physical and metaphysical aspects of the space which includes the furniture, fabrications, tones, etc. On the upper floor metal frames recreate the distinguishable ruggedness of the streets around the live kitchen counter, perhaps an ode to the indigenous food stalls and it exudes a rawness of aesthetic which further accentuates the space modulation. Here intricacies take the front seat and the facial treatments become compliments. This aesthetic language gradually transcends to the basement where the interpretation of the streets takes a contemporary form, the bleacher seating is used as a proponent of informal humane interaction much like the bleachers in baseball games at the heart of Boston.

A raised platform is used to create a grounded seating scheme which propounds the elaboration of Boston’s passionate cultural identity, like sitting on a street, riding a bike. 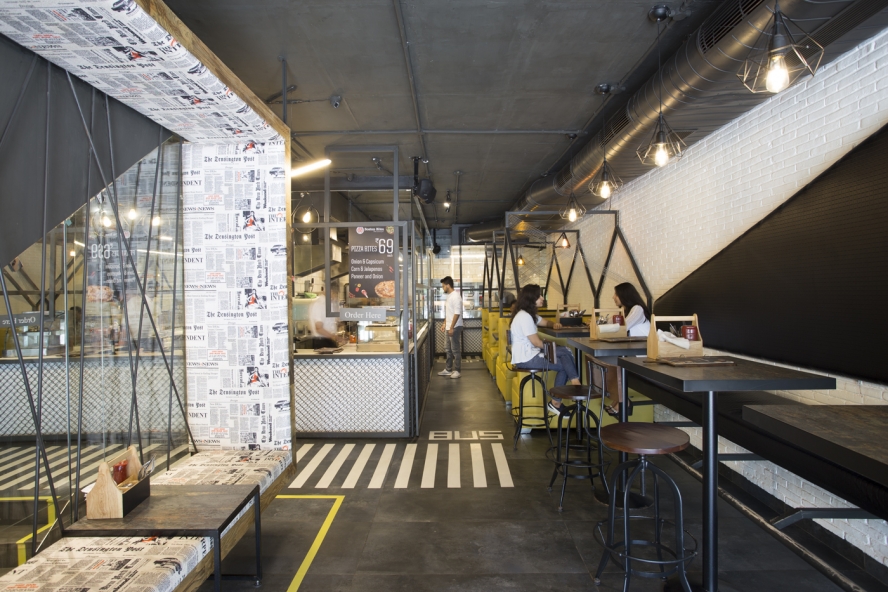 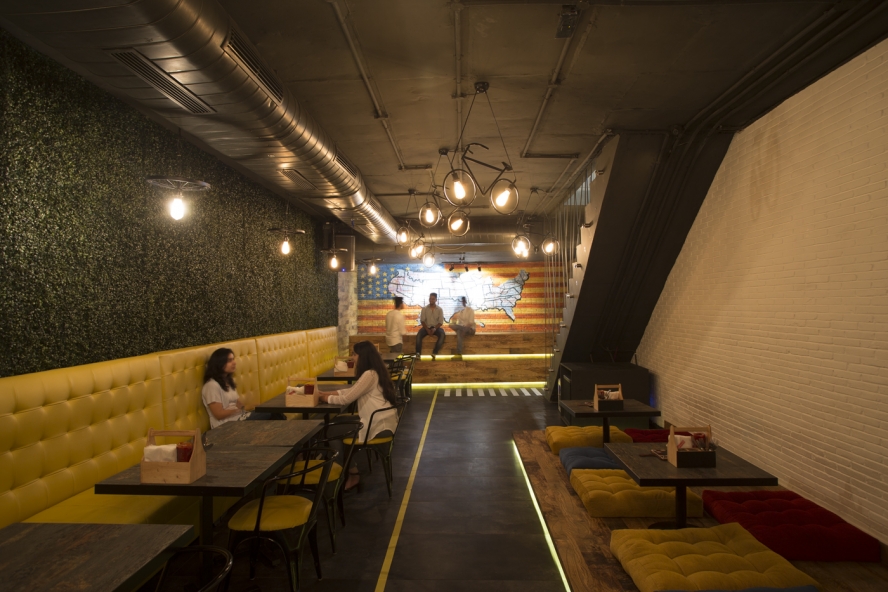 Space is riddled with an homage to the city’s hustle with artifacts such as the lights in the shape of a bicycle, the graffiti of America’s map. The stylization of each inch of the space is emanated from finely procured elements which in themselves showcase a typology. The materiality is propounded to a wiredrawn extent where it becomes unified with space, inseparable rather than mere ornamentation. Therefore the design can be cultivation and induction of culture, nesting and harboring a unique identity that is identifiable in all the articulations as presented. The project turns out to be an interaction among details that metamorphose to a granular level which although visible to the eyes, represents much more than just a concrete sensation. 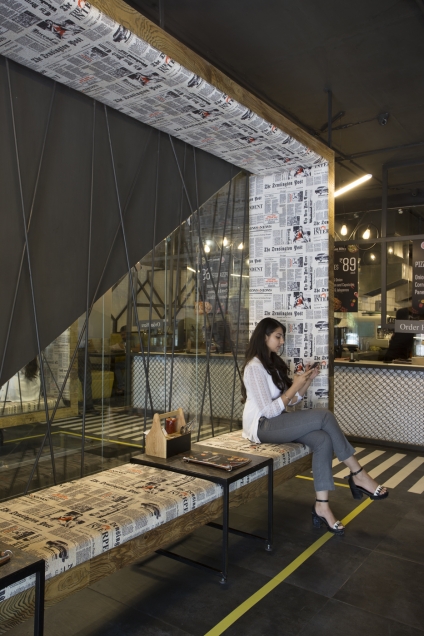 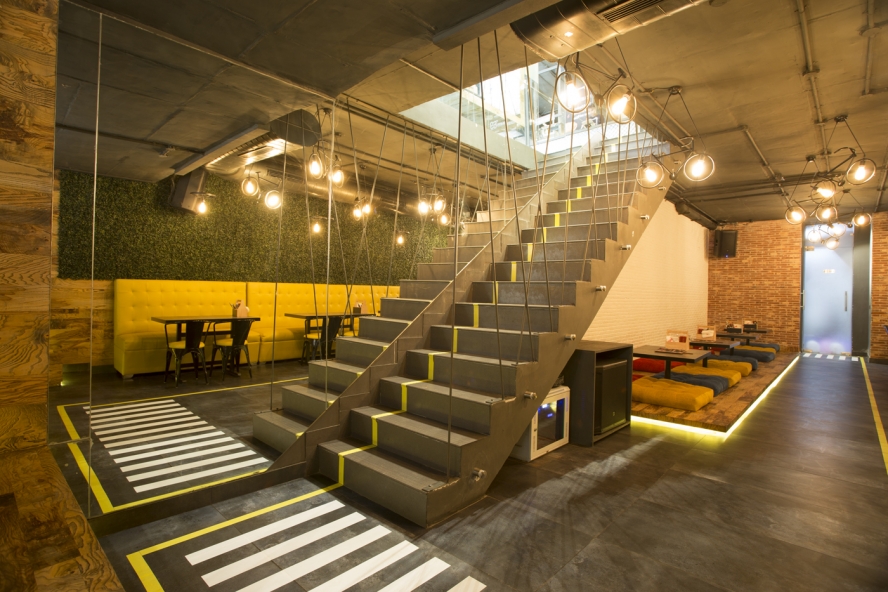 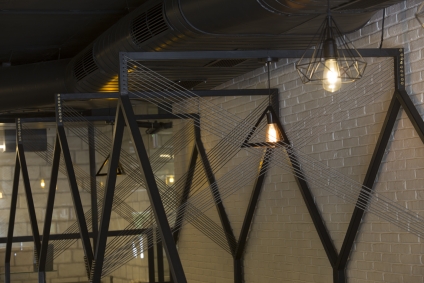 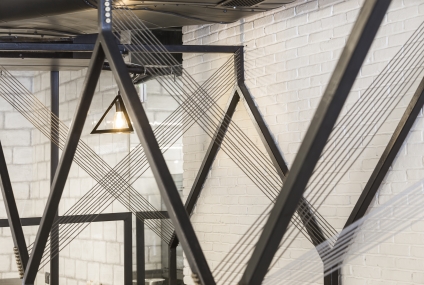 The project is a zero energy project which explores daylight harvesting and wind energy to provide odour free toilet perfect to its context.