Chandigarh is a modern marvel of architecture, designed by the great master architect Le Corbusier. The huge success of the city has led to the rapid expansion of the city, especially in the last two decades. But, the new city, due to political and administrative reasons, is being developed in a haphazard manner, generating tumor-like growths in the urban tissue of Chandigarh.

The project is situated in one such commercial part of the new city. The program was to make a small office for a small building construction company.  Being a construction engineer, the client was open to new interpretations of the program in a broader urban context.

The project introspects the past, considers the challenges for the present to build an inspiring and meaningful future. Space was conceived beyond an office, into a new format of space that blurs the boundaries between private and public.

The design has a gallery,  a circular conference room in the center, a pre-function and a receiving area towards the front and an office on the rear side. The concrete sculptures, look like a fabric. The fabric-like concrete sculptures aesthetically weave around the glass cylinder creating a variety of spaces around it. A 50 mm thick structure explores the structural system beyond the standard domino system which has been the norm over the past five decades in the country.

The usage of the gallery and conference room is kept open for people. Space acts more like a community space with official meetings of neighborhood industries and community school, and during the evening, space also hosts exhibitions, awareness campaigns, etc. 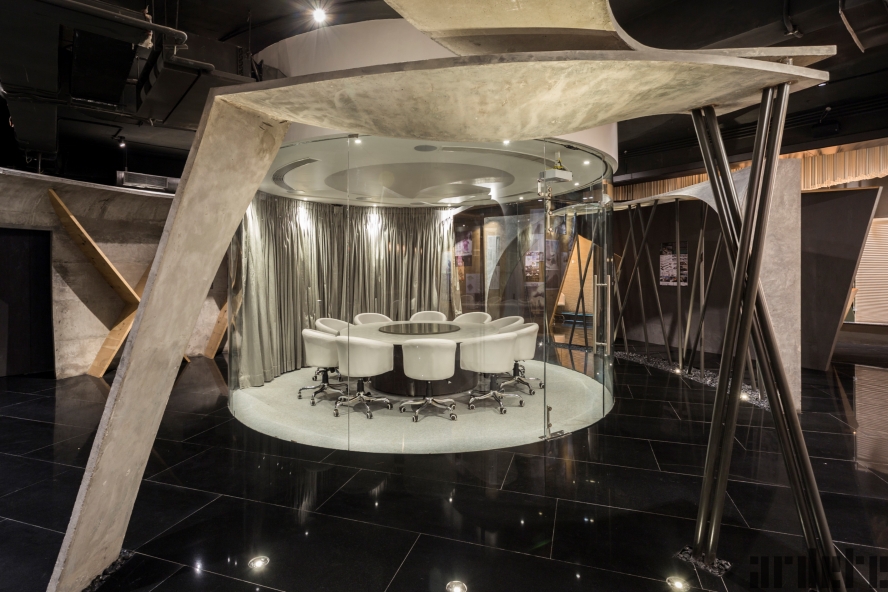 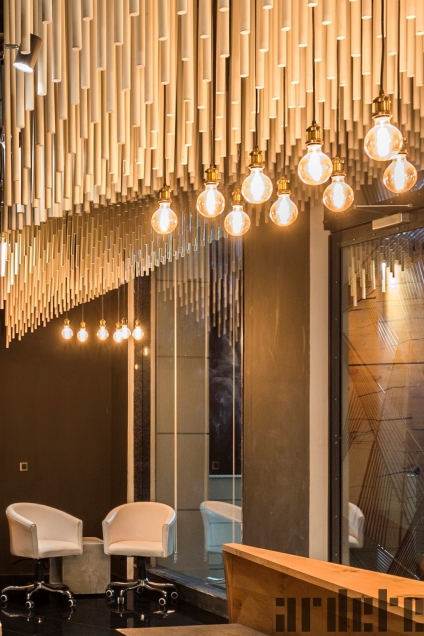 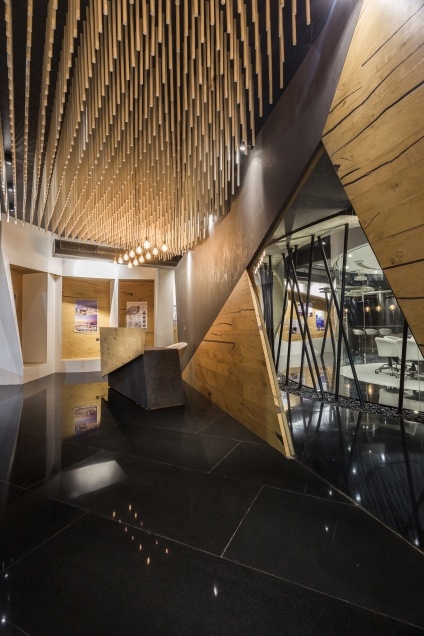 The front area is characterized by expansive space with a ceiling installation made from left over conduit pipes from client’s previous sites. It creates a dramatic entrance into the space. The installation explores the concept of harmony in diversity, a concept needed in the expansion of the city. The materials used are very basic to express affordability in inspirational architecture, a legacy left by Le Corbusier for the city.