Martin’s , situated in a dilapidated industrial site in Panchkula presented a complex scenario of a deadpan locale.  A Furniture factory and a display center, two separate physical entities needed to be visually connected so as to give them a common fascia. The intent was to manifest and evince a unified front. As per the local by-laws, only metal fabrications could be employed to achieve the goal. Individual characteristics, different internal planning and the budget constraints rendered any drastic measures out of consideration. A method needed to be devised wherein the desired could be attained without altering the existing design.

An external screen of expanded metal mesh was unanimously decided as the best solution, fabricating an aerated facade. To make the design sensitive to the critical climatic conditions an additional layer of FRP panels was added. The panels along with the mesh helped in reducing the southern heat gain by reflecting the sunrays as well as increasing the time lag of heat consumption.

The FRP panels were created in the industrial workshop of the Furniture factory itself synchronizing the exterior with the core of the factory. Utilizing indigenous materials for production proved to be a cost-effective measure. Additionally, the act of creation provided an emotional connect for the individuals involved, a sense of belongingness and content.

The formulation of Factory 266 needed to physically embody the innate sentiments associated while providing a unique identity. Clarity came from an astute sense of color psychology. The dazzling yellow of the panels was deliberately decided upon to personify the dwelling of perception, cheerfulness, mental activity and dynamism.

The challenge proposed by the context was to meet with a resolution wherein the whole area would be driven towards an urban plaza. The unconventional design of the façade provides a relief from the monochromatic construct, ennui inherited from a prolonged familiarity. Inevitably Factory 266 stood out as an island in a sea of dreary, revamping the background from a deadlock to urban idiosyncrasy. 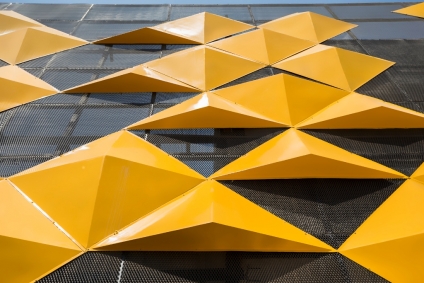 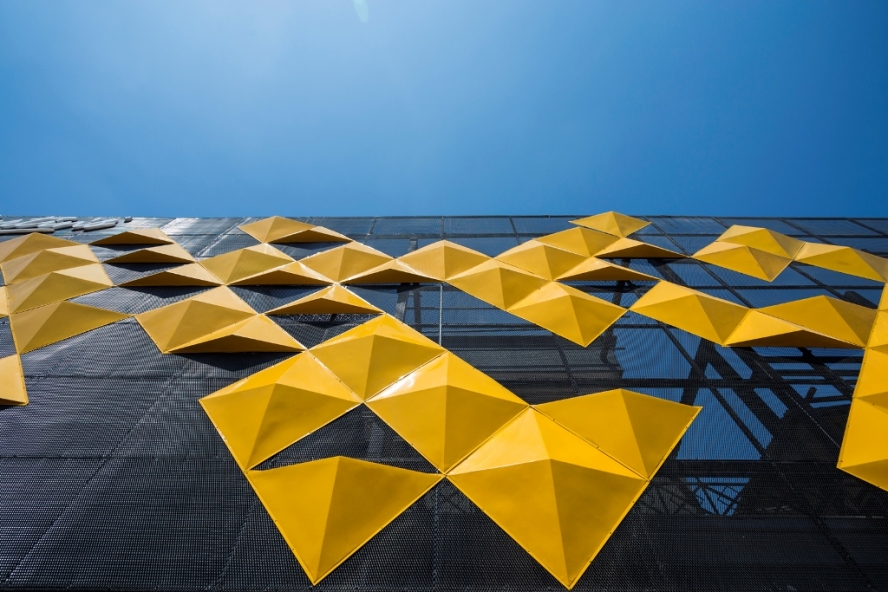