Hexalace is an open-plan commercial building made primarily for leasing purposes. In a tight commercial plot withchallenging building norms, it became perceptible from the beginning that the concept would have to be manifested from the facade. Considering the arduous climatic conditions involving extreme heat, and the building front facing west, the façade emerged as a buffer of stratifying elements. 3 inches thick concrete layer with hexagonal interstices has been used as a shading element.

To better preserve the sanctity of shade, thescreen flows organically creating an artistic visual dilemma from both inside as well as outside. Another layer of hexagonal silhouette made of metal frames is superimposed horizontally across the semi-permeable concrete screen which doubles up as balcony fence. Furthermore, the main curtain wall has been recessed to leave pockets of air between the screen and the main building to increase the time lag and subsequently reduce the heat gain. Therefore, the facade by its inherent virtue of convergence acts as bronchioles for the structure. 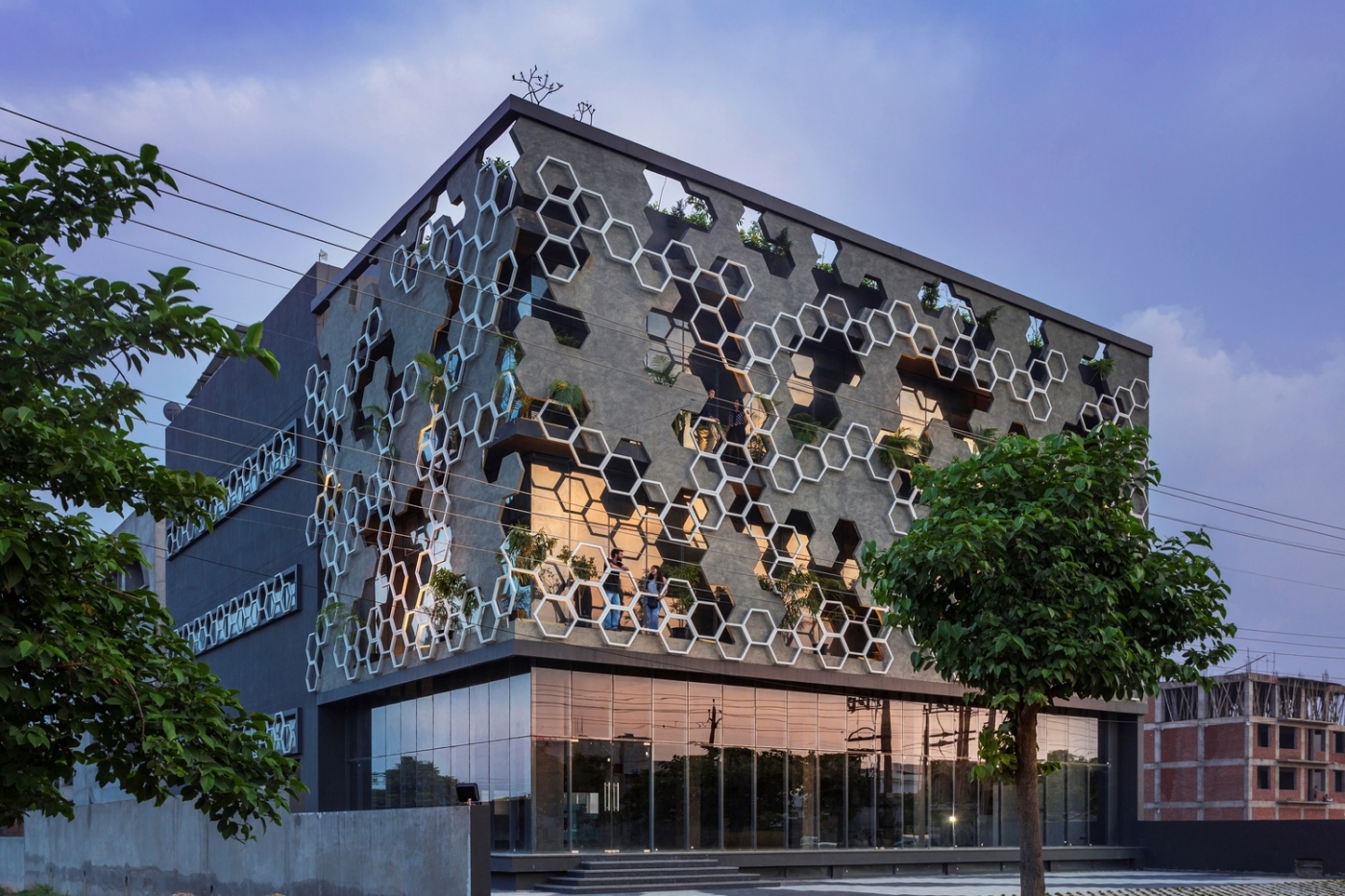 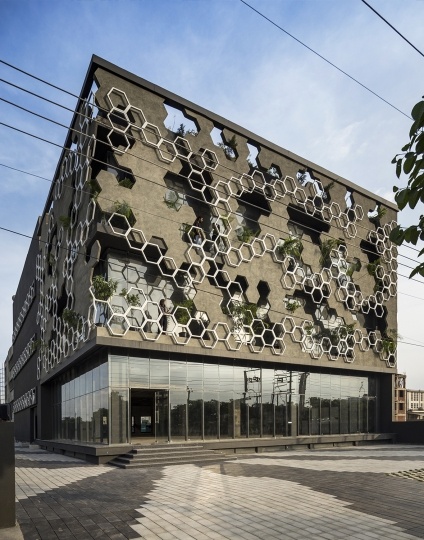 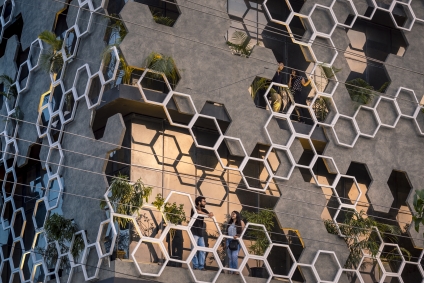 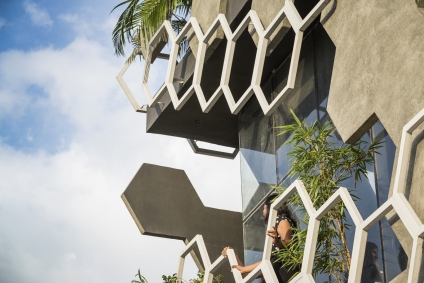 The balconies also house small clusters of green making the working environment even more rejuvenating for the users within. By the end, what became of an immense effort was an imperative respiratory experience complimented by its bold use of geometry. 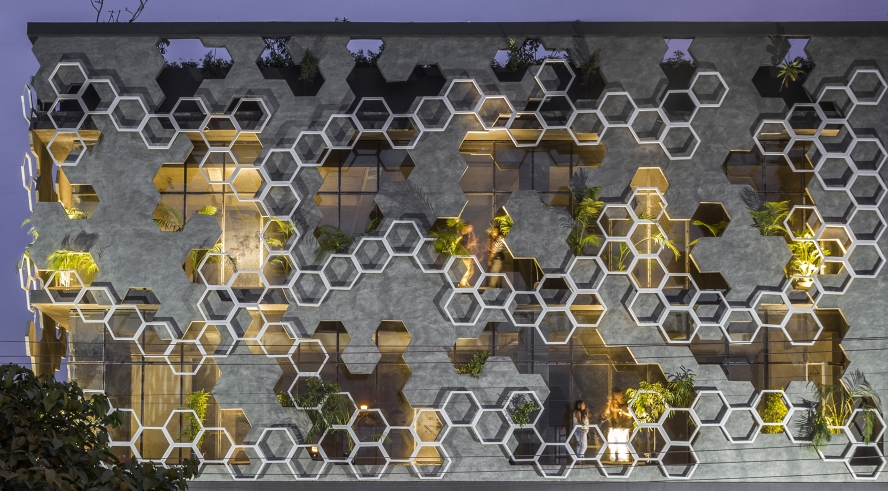